The docks are starting to fish consistently well at the moment, steady warm water temperatures have meant that the skimmers are well 'on'. Thursday evenings match was fished at Welsh Back and Police Launch reaches. The docks are being dredged at the moment so the water is very coloured and at times it pulls fast towards the sea as silty water is being extracted from the dock, the water level can fluctuate when this is going on, this must be something that port authorities do at this time of the year as the Gloucester docks are being dredged as well, here the natural flow of the canal gets reversed as water is pumped out to sea.

Top rod on thursday was Alan Healey with 17lbs 12ozs, which included 5 good bream on liquidised bread and maggot on the hook, from end peg 1. Jason Bird was second with 15lb 0oz of bream and skimmers from peg 8. Third was Adam Caswell with 14lb 0oz which included a goldfish, somebody must have put it in there from their pond, along with some skimmers caught on the feeder. Andy Curry was fourth with 11lb 9oz, he had some roach with his skimers. Top catch on the pole went to Dave Clutterbuck with 8lb 5oz of skimmers, roach and perch, caught fishing maggot over groundbait. Rob Garland was sixth with 6lb 5oz again on the pole. 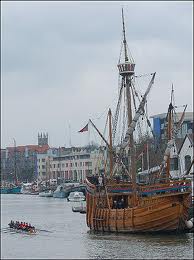