The World Club Classic Qualifier on the River Trent was another great success, and a massive thank-you to Preston Innovations for sponsoring the event, Preston make a huge contribution to this event which allows the winning team to go and fish the World Club Championships in Italy next year. Last year we won this qualifier and then fished the World Club Championships in Portugal this year, it was an amazing experience fishing against the best club teams in the world, an opportunity never to be missed.
My practicing for this event started the previous sunday, I have fished the Dyke many times before and had an idea of what to expect, the river was very low and clear and the word on the bank from people who had fished the day before was that the fishing was aweful, good anglers had been blanking with bloodworm and joker. Myself, Des Steve Sanders and Darren Davies all fished in a line from pegs 36 to 39 to try and get a feel for what was happening, the usual bloodworm and joker bombardment brought very few fish, I caught 2 quality roach straight away then could not get a bite, Des caught 1 perch, Steve caught a few small fish short, the only person to catch steady was Darren Davies on the end peg. After 3 hours of fishing I decided to try the waggler, cast towards the far bank and I started to catch straight away and I caught about 24 roach in the next hour, the rest of the lads tried it with similar results, so perhaps we had learnt something. As we were packing up it started to rain, we didnt know it at the time but it wasn't going to stop for 48 hours and make our practice a waste of time.
All week I watched the forecast and the enviroment agency website as the river rose and rose again, by wednesday it was 3 foot higher than when we had practiced. The first official practice day was thursday, when we got to the bank it was still up 3 foot, p***ing through and chocolate, at least the river had stopped rising and was due to fall, so things should get better, but that didnt help today.
All the team set up big flat floats in various sizes, up to 50g, plus small fish rigs to catch roach, perch and gudgeon on the end of our keepnets. We all caught these small fish straight away and then spent the rest of the day trying to catch a bonus fish on the flat float, we tried various sizes of flat float and experimented with different speeds of running through and different baits trying to catch a bonus fish, usually a bream or barbel.
By the end of the practice the only person to get a bonus was Will, he caught some bream. 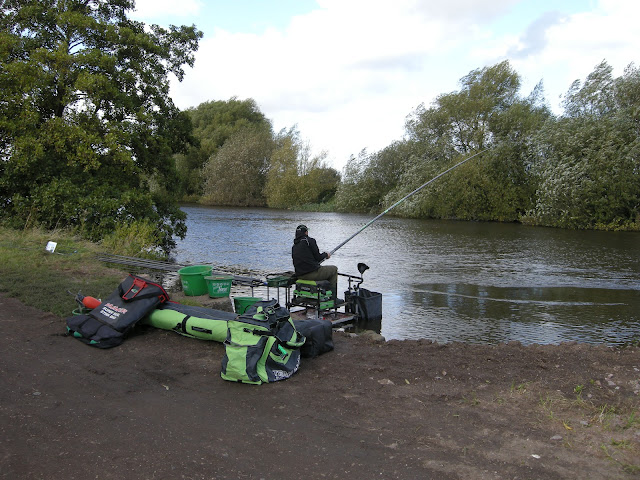 Friday was pretty much the same, although the river had started to loose some of its pace, but the fishing hadnt improved, at the team meeting on the friday night before the first match, myself and most of my team mates hadn't even had a bite on a flat float, so all our practice was going to be very different to the match. 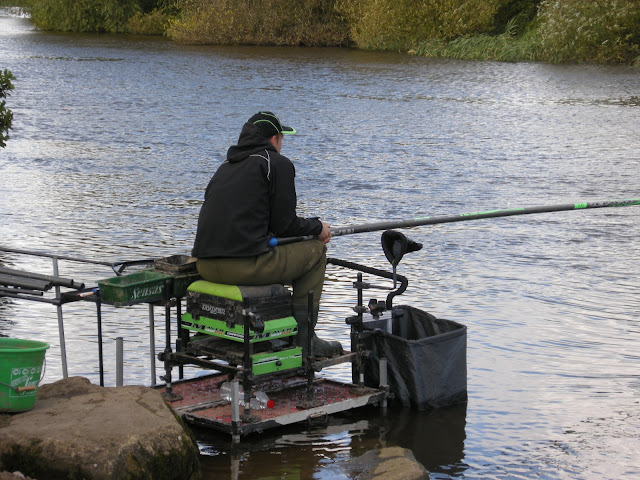 On the Saturday the river had continued to slow down and the colour and height had started to drop out, so the fishing was going to get better, I had drawn F7 which was the downstream section, 4 pegs off the bottom of the match length. Alan Scothorne was on the end peg and our new World Champion Sean Ashby was on the peg above me. During last years match these bottom 6 pegs were the best on the length for roach and on a normal river would be a great draw, but nobody was sure what was going to happen today.

I set up 4 different size flat floats and a large round bodied float for running through so that I could present a bait at whatever speed the fish wanted. I also set up a couple of bleak type rigs to catch the small fish on the end of my keepnet.

When the 10 minute hooter sounded to start the baiting up period I fed 2 balls of leam and joker on the end of my keepnet and balled in 12 balls of sticky terre de river on my 13m line and cupped some joker rich balls straight in front of me. When the match started I picked up top kit and started to catch small roach and perch straight away, after 45 minutes I had caught 35 tiny fish and my bank runner told me that was the best in the section although he wasnt sure how many Alan Scothorne had caught on the end peg. With just over an hour gone I had 50 fish but things were starting to slow and other anglers were starting to fish the long pole for a bonus. I saw a skimmer caught below me so I picked up my 30g flat float and second run through I caught a 1.5lb skimmer shortly followed by another the rest of the match was very slow as I tried to catch some more skimmers, I finished with 4 in total and with only the odd skimmer showing I was in with a chance of my section, Alan Scothorne had caught small roach all match, one barbel had been caught plus an odd perch, so things were going to be tight at the scales. I weighed 3kilo 160grams, Alan weighed 2kg 600g and the barbel weighed 2kg 900g, I had scrapped a section win for day 1, unfortunately my Dorking team mates had not faired so well and the team finished sixth, Trentman won the day. 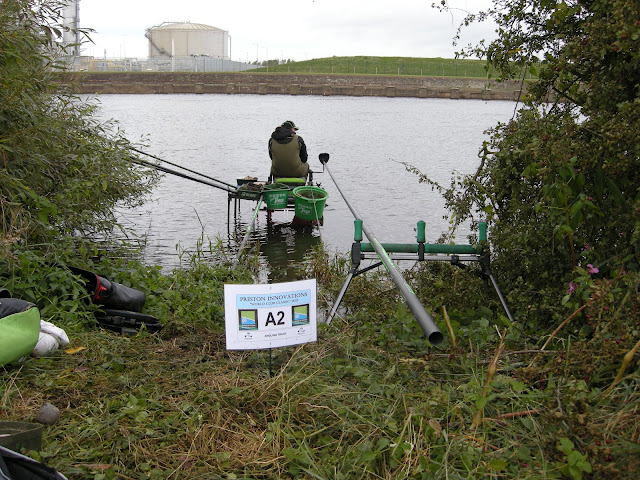 Sunday I drew A2, the opposite end of the match length, a peg that had only produced only 600g of roach the day before while the other end of the section they caught barbel and bream. My day followed the same pattern as the day before, the bottom 5 downstream pegs all caught barbel and bream, I caught 1kg 530g of small fish but couls only beat the anglers around me, except for Dean Cherington who caught a 9lb pike on the peg above me, I needed to catch another 3 and a half kilos to get another point, Simon Fielding fishing for Barnsley gave an excellent display of catching big barbel on the pole to win my section and the match with 30lb made up of 4 barbel, Eric Yeomans was second with 20lb+, 3 barbel. The day didnt get any better for the team as we finished fourth overall and we wont be going to Italy next year.

Well done to Starlets who won it over the 2 days and I wish them the best of luck in Italy, next year 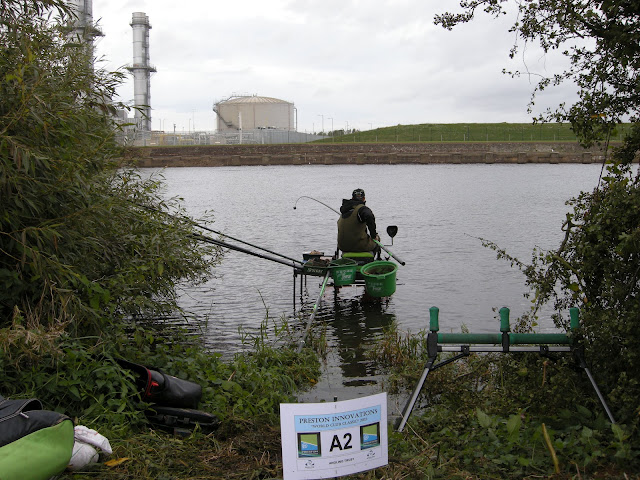