I have just got back from the Merida Masters in Spain, fished on the river Guardiana, and we had a great time. Steve Gardner, Simon Wilsmore, Brad Titmus, Lee Edwards and myself got an invite and after the success we had last year we were all looking forward to getting back.


Milo Columbo lent us all seat boxes and nets etc, so all we had to take on the plane was our poles, waggler rods and reels and a few bits and pieces. We flew from Gatwick to Madrid and travelled the 200m south to Merida.


When we arrived the weather was glorious 25 degrees, sunny all day and very little wind and it stayed like this all week. It was a bit different back home, where our Daiwa Dorking team mates were practising for our semi final on the Kennet and Avon at Marlborough, they had gale force icy wind and rain, it almost snowed at one point, Will said it was one of the coldest days this year, Haha. 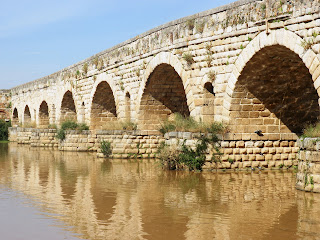 We had 2 practice days on the length followed by the 3 matches. The Individual results would be decided on 15 peg section points. The river had a lot less pace than last year, some swims last year we were using 10g flat floats, but this meant that we would be using the 'slider' more.


The first practice day I caught 70lb of mainly barbel on the pole, with the odd hybrid carp, I fed sticky maggot with gravel in it and fed chopped worms in leam, very similar to the way we caught last year, so it was nice to know that what worked for us last year was still working. Lee Edwards had the best catch, taking over 100lb of the barbel and hybrid carp. The barbel are very similar to the ones we catch in this country, but not the same. The hybrid carp we caught were crosses between Carrassio and wild common carp, slim with no barbels and fight like hell.


Our second practice day I fished next to Steve Gardner and we both caught 80-90lb of these carp and barbel, we both caught early on the slider in 18ft of water at 40m, before catching well on the pole later on, another great days fishing.


Friday was the first match day, and we were all 'buzzing', at the thought of the great fishing. I drew one of the poorer sections and caught 15kg 800g for second in my section, Lee won his section with 14kg, Simon was third and Brad was 6th. Stevie G drew one of the only bad areas in the match, it was full of boulders, and finished 13th in his section. We had practiced on these couple of bad pegs in the week and really struggled, loosing hook after hook.


Saturday, and the second match, I drew my peg and was really 'gutted' to find I had drawn the next peg to where Steve Gardner had struggled the day before, I was not looking forward to it. There are only 2 snaggy pegs in the whole 100, Ist day Stevie drew it and now me. I caught 11kg and finished 10th in my section and had to be happy with that. Stevie G won the match with 43kg, Lee was second inthe same section with 35kg and Simon was third in this section with 34kgs. Brad won his section with 25kg, an awesome day.


This meant Lee Edwards won it overall, Simon was 5th, Brad was 7th, I finished 15th and Stevie G finished 17th, how those snaggy pegs cost Steve and myself. between us we won over £10.000 and cant wait to get back next year. 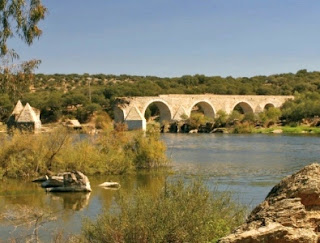 The fishing at Merida is brilliant, it really responds to a positive approach, you can see why the 2010 winning England team liked it and I am sure this years European champs will be a great success.


Lastly a big thank-you to Milo Columbo, who made this all happen for us.


If you have enjoyed reading this, please share it or Google+ it
Categories: Photography
Posted By: Callum Dicks