I cant wait for this weather to sort itself out, this weekends fishing was one of the worst I can remember, with the lakes frozen for most of the week, from an icy blast, followed by a mild spell that caused a rapid thaw and then more rain. The poor fish didnt know what was going on, the Koi in my pond were just huddled together in one corner hardly moving and saving energy, the last thing on their minds was feeding and it was the same for my visits to Gold Valley and Willingshurst.
Saturday was the last round of a teams of four league at Gold Valley, it proved to be a very uneventful day, I never had a bite on the pole or feeder, when I think of all the roach, perch and skimmers in this lake and nobody had a bite on the pole it makes me realise just how extreme these conditions are for the fish.
The highlight of the day was drawing next to my team mate Mark Goddard and after 4 hours and 10 minutes without either of us getting a bite, I decided to liven things up and have a bet with him, £10 for the first one to catch a carp, before the end. After a lot of thought, he must of been thinking that I was getting signs of fish in the peg, he decided to accept the bet. Mark is not one to part with his money easily.
Within 20 seconds of accepting the bet his tip flew around and he caught an 8lb carp, that was the only bite of the day either of us had, I knew this was going to be a bad day. Then I had a 2 hour drive home in the dark, lovely!!! 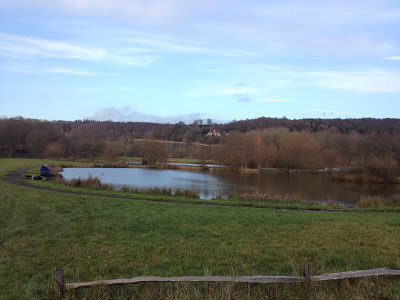 Sunday was another early start, the last round of the Angling Trust winter league at Willingshurst, the chat before the match was that it was going to be another hard day, I drew on the narrowest part of Horseshoe Lake, the last peg I would have wanted on this lake, after an hour I had my only bite of the day when an F1 hung itself. I finished third in the section with 2lb 8oz, first and second had one carp each.

I travelled with Des and he drew Pittance lake, he caught 2 carp early on the pole, followed by 6 on the feeder and then a couple late down the edge to win the match with 60lb, a great result. I never went home empty handed as we always share, well done mate. 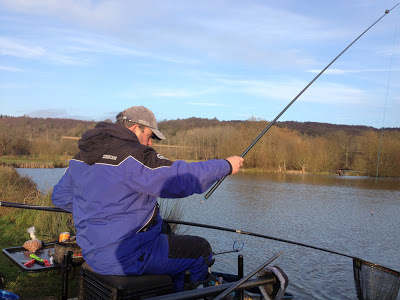 All in all it was one of those weekends when I spent 9 hours travelling in the dark, for just one bite, roll on the summer.