Last week I went to Poland as part of the squad for the 60th World Angling Championships, and it was one of the best weeks of my life. 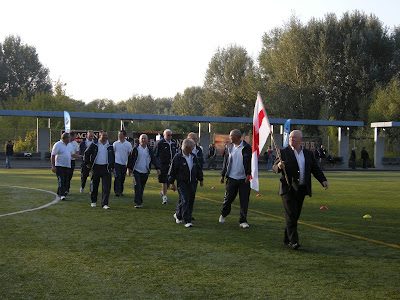 It was fished on the Keranski Channel, near Warsaw. the team arrived 2 weeks before the match and practiced off the match length, I joined them a week before the match, by which time they already had a good 'feel' about the place. 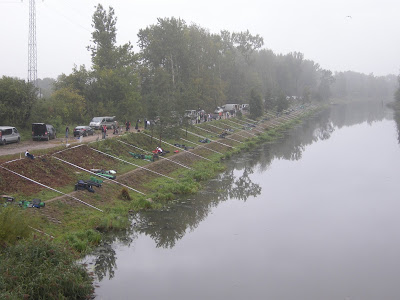 The Keranski Channel is about 18km long and about 30-40m wide. It is fed by a large lake at one end and runs into a large river in the centre of Warsaw.

The Channel holds a large variety of species, with roach, skimmers, hybrids, bleak and perch being the main species. The downstream A section held more skimmers than the other 4 sections, and in practice weights up to 9kg could be caught, where as 5-6kgs was very good in the other sections. 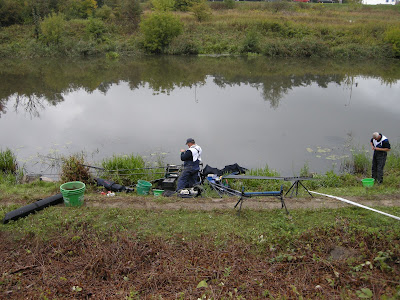 Sections B to E were in a continuous straight line, whilst A section was on its own and had a stream running in just upstream of it, this stream kept some colour in the water, which the skimmers liked. The rest of the match length was clear and the water looked very dark.

All the info we could find out about the venue before we arrived was that was going to be a bleak and skimmers match, but during practice we quickly realised that there was a lot of roach in the channel and that they would be important. 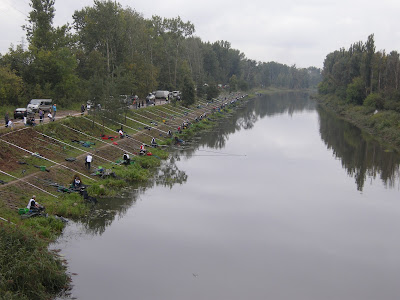 The weather was typical of northern europe for this time of the year, showers, overcast, yet still mild, and as long as it never went sunny we could rule out the bleak, bleak really do like the sun on the water and there are a lot of teams better than us at catching bleak, so we prayed for cloud cover every day.

Sections B to E was where the the team result would be decided, A section was difficult as you would need skimmers to win it, yet they weren't in every peg. So all our focus was around coming up with a plan for B to E sections.

During practice we quickly realised the channel was responding as a small canal, back home, with roach the main target species. By feeding a number of lines with joker and rotating them we were able to keep the bites coming for most of the match.

Instead of balling in on the 13m line, this has become standard practice for most of the teams, we cupped all our bait, usually spread over 4 different lines, a typical swim would be 4m for perch and the odd roach, the majority of the bait was spread over 6m, 11m and 13m. By swapping between these lines and topping up when you rested a line we were able to keep putting fish in the net all day. 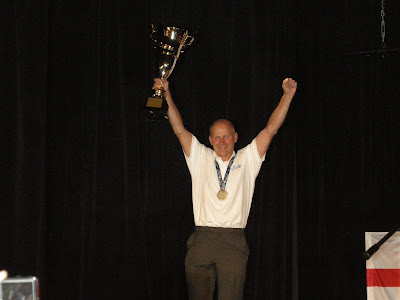 The channel was only about 6-7ft deep and 0.5g rigs were perfect. One of the key things we discovered in practice was that 2 jokers on the hook was by far the best hook bait, far better than bloodworm, and we cupped all our bait in soil. 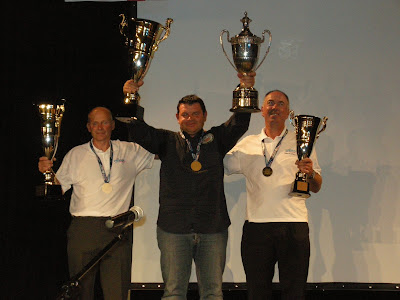 This channel responded like an english canal, the standard continental approach of 'balling it' on 2 lines was nowhere near as good. The day 1 result was probably the best the England team has ever had, 4 section wins and a third, giving 7 penalty points. going into day 2 we were very confident we had everything right, as long as the weather never changed, over the years we have seen the weather spoil the best laid plans.

Luckily for us, the channel fished exactly the same on the sunday, and we had 2 wins, 2 seconds and a nine points in the dodgy A section. This was our best victory for a few years and one I was very proud to be part of, even though I ran the bank, it was great experience for me, and I am sure more teams will now experiment with this style of feeding instead of just 'balling it' everywhere they go. 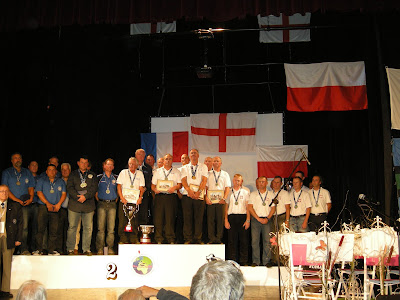 Massive congratulations to Steve Hemingray and Alan Scothorne for their section wins on both days and their individual medals. 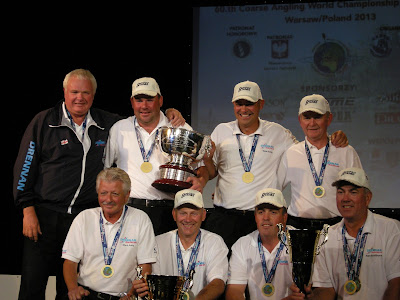